Pat Michael’s did an evaluation of what Waxman-Markey cap-n-trade would have done to temperature in 2050:

He came up with these resulting increases:

He comes up with a range of only 0.084 C. He only goes out to 2050, so perhaps there’s a much larger divergence to 2100 and beyond. But for the lifespans of most people living now, this spread looks pretty valid, unless someone can show that he’s off by an order of magnitude or two (if you can please do). So if the equivalent of Waxman-Markey can be accomplished by:

3.) Turning the world into some combination of Maoist China or North Korea. (I think this actually appeals to a lot of greenies).

5.) Some combination of the above.

It may not solve the CO2 problem if it is indeed a problem.

I don’t know how bad of a problem increasing CO2 is. It certainly looks like it will cause warming, but there is also a lot about its effect on the climate that is not understood. Maybe someday natural variability and other forcings will be better understood and a compelling case can be made. But maybe a Waxman-Markey level of CO2 reduction won’t solve it! I think there should be more discussion of direct human control over the climate. This means control of Earth’s albedo and huge CO2 mega-projects like this:

This would require a lot of energy and I think the only practical source would be nuclear. Of all the things that are proposed for the climate, the only sure thing I see is nuclear power. The only other thing about the climate I’m sure of is that there is nothing urgent about it. “Climate emergency” is an oxymoron.

The short video doesn’t say how he got his results, but he has other longer ones where he says he computed them from the IPCC projections. 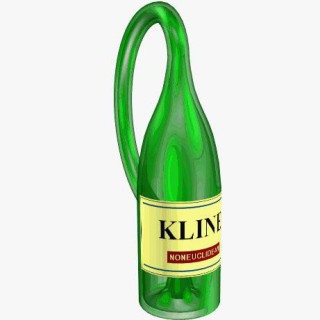